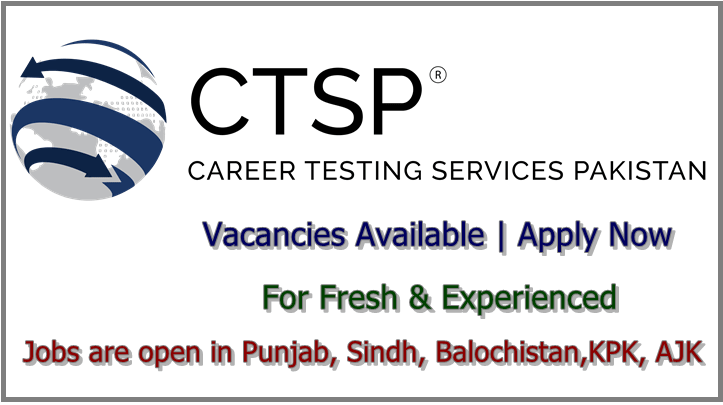 CTSP is the short abbreviation of Central Testing Services Pakistan. Its a testing taking agency that held the written test. When a government or private wants to hire new staff, its get the project to get application form from interested candidates. CTSP publish the job advertisement on the behalf of announced jobs department. Its collect the written test fee via Banks challan forms. Wishing candidates first deposit the challan fee into mentioned banks , then able to send the job application form.

How to Apply for CTSP jobs ?

Interested candidates can apply for CTS careers by Download Application Form. Fill Application Form carefully with correct details. Deposit the challan fee into the mentioned banks , which are written on slip. Attach the all attested required documents. Sometimes CTSP accepts the online Registration / Placation form, in that case interested applicant sign up and create the new account. No application will be received after the deadline date. CTSP has the right to increase or decrease the number of vacancies. The official website of CTSP is www.ctsp.com.pk . Candidates can get the new jobs advertisement and full details.