If you are searching the government jobs, then apply for Motorways Police Jobs. National Highways & Motorways Police (NHMP) is big employer. Its provide the thousands jobs to new graduates from all Pakistan. They mostly recruit the constables & ASI, Patrolling officer , Sub Inspectors. Also hire the civilian staff like clerks, Steno typist & accountants. If you have the encourage to join the Pakistani forces, then the motorways police is the best platform. That give you the best chance to serve nation.

Now we are going to discuss the details about Motorways Police department jobs 2020. Mostly fresh degree holders find the latest Forces jobs to get job in government departments of Pakistan. Among the all Govt Departments The National Highways & Motorways Police NHMP is the best.

NHMP always receive the application forms from the suitable candidates from all Pakistan. Those applicants that meet the given criteria according to jobs advertisement can apply online or via Application form. Here we are going to discus the eligibility criteria for motorways police jobs.

Age must between 20 to 30 years form both genders. In some cases the department give the general age relaxation to candidates.

All four provinces including the Gilgit Baltistan, FATA, Azad Jammu & Kashmir. Applicants over the 18 years age must have the CNIC. Dual nationality holders can can apply for Motorways Police.

Interested candidates , should always read the jobs advertisement carefully. All information bout the submission application from are written there. NHMP mostly hire the new staff via NTS, FPSC, PTS etc. These are the upcoming jobs, that may be announced after few days. Always visit this website (www.jobsforpakistan.com) for latest jobs information. 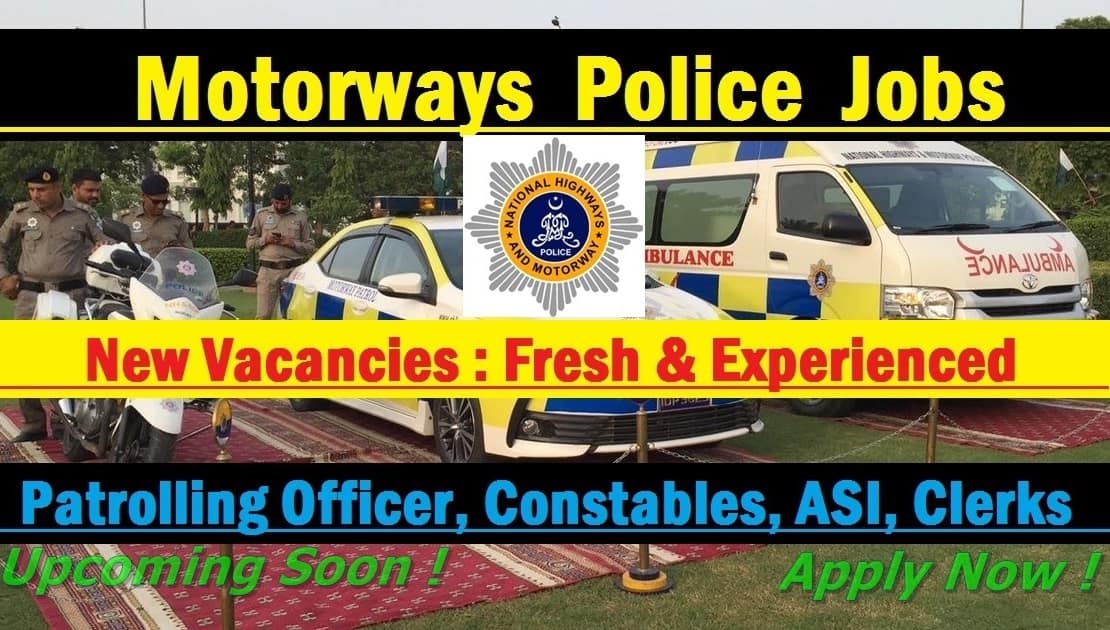 First of all they published the job advertisement through English or Urdu famous newspaper. Give the invitation to the interested applicants to submit application forms. After held the entry test, Physical fitness test and finally conduct the interviews.

That jobs post only written for help purpose , to show the details about motorways police jobs. Because some job seekers asked us to express the criteria & about the types of vacancies in National Highways & Motorways Police (NHMP). So , we write that estimated helping article, May I hope you have clearly understood about motorways police department jobs. For further official clarification you may also visit the NHMP official website www.nhmp.gov.pk .